Anyway, greetings. Great to have you with us, my friends. Always great to be here. Rush Limbaugh, the EIB Network. And looking forward to chatting with you today. The telephone number is 800-282-2882. The email address, ElRushbo@eibnet.us. 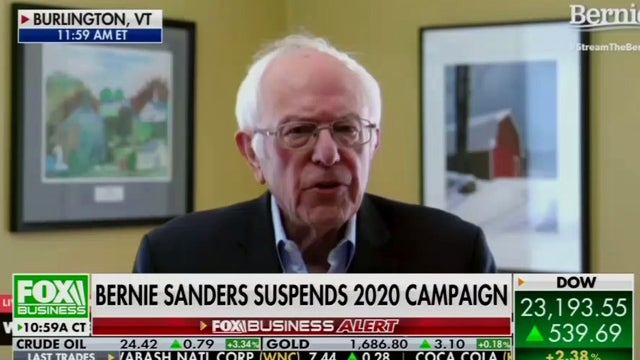 I mean, the media is just going nuts. I guess it's because it's a different story. I guess it's because it has to with politics and nothing to do with the coronavirus. But they're just going nuts over this. Fox Business is giving Bernie Sanders minutes and minutes and minutes to espouse his socialist agenda here as he announces he's getting out, suspending his campaign. 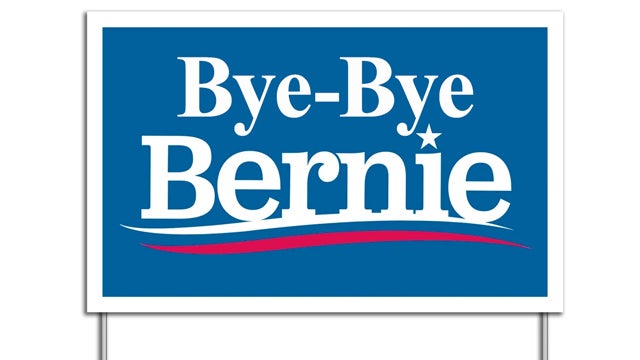 Look, folks, I'm not exaggerating. He was never gonna get the Democrat nomination. I don't know if he knows it or not, but they rigged it against him in 2016. He wasn't gonna get it this year. And now instead of paving the way for Biden, it's gonna pave the way for somebody else 'cause Biden is not -- well, I can't say Biden's not gonna be the nominee. I can see the Democrats wanting to nominate Biden and have some kitchen coronavirus cabinet behind Biden actually pulling the strings, the levers of power while Biden's out there as the figurehead. It would allow the people actually running the Biden administration anonymity if they wanted it so that they could exercise all kinds of - he's just a placeholder. So we will see.

TheHill.com: "Sanders Drops Out, Paving Way For -" I know they have to cover it that way. But here we have known that Bernie Sanders was not gonna get the nomination no matter what. A little pull quote here. "Those early victories sent the moderate wing of the Democratic Party into a tailspin, with centrists -" there aren't any. There really aren't anymore. I don't even think it's a big secret. Anyway, "-- centrists scrambling to unify around an alternative to Sanders, whose democratic socialism they feared would prove an easy general election target for President Trump.

"Fears over a possible Sanders nomination helped thrust former New York Mayor Michael Bloomberg into the primary. However, the crowded moderate lane that played to Sanders's advantage did not last much longer." There isn't a moderate wing or lane, and it isn't crowded. Biden has endorsed everything Crazy Bernie -- Green New Deal. Biden wants Bernie to be a pseudoadviser.